It has been a very long time coming and now, in my weakened, hormonal state, it has finally beaten me. Yes, I am transitioning to Vegan. Veganity? Veganism? Look, it’s got a lot of Veg in it, that’s all I know about the semantics ok. I have battled with my head and heart for years about the ethical treatment of animals, and there is no longer any trust in the supply chain of animal products with concern to the wellbeing of other living species. As the population grows, so does demand for nourishment and with fast food consumption ever increasing, meat providers have to mass produce to keep up. 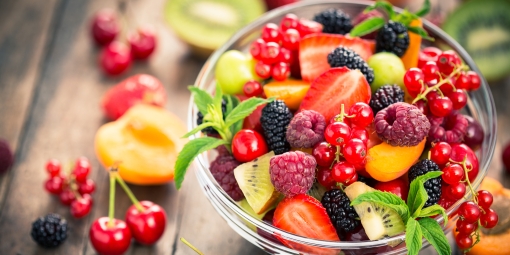 Don’t get me wrong, I have never been against the consumption of meat itself but the world has changed. Humanity used to hunt local meat sources in order to feed themselves and stay alive, much as animals still do now. The lion will not stop chasing the gazelle and start picking berries, that is not how the animal kingdom works, they hunt to feed and survive. As a species we have evolved beyond that and I feel it is no longer for the greater good. I don’t believe in the way animals are now artificially reared and inhumanely treated to fuel an ever expanding greed.

I’ve tried the free range route and standards are shockingly low. One would be surprised what ‘free range’ actually means in legal terms. Then I went to organic but the trust is just gone. Big companies have been found out to be lying about welfare standards and abattoirs discovered to be just as bad. If I could see for myself, say a local farm, with happy chickens running around then I could still stomach a few eggs for example, but the world doesn’t work that way anymore. At least, not for me I guess.

The first logical step for me will be straight vegetarianism. I am assuming that is the correct word as spell checker is not aggressively underlining me in red. Cutting out meat is easy and I do not want to beat myself for happily believing I am being Vegan, only to discover I have picked a product that unknowingly contains some form of animal input that I couldn’t interpret on the packaging. I mean, what are ‘flavourings’ anyway? A bit too broad for my liking. And, more shockingly, learning of my own ignorance about honey. Yes, that’s right, honey is not Vegan. Trust me, I have read into this as I didn’t understand why my Special K was not Vegan only to realise it has honey in it. Talk about minefield!

Ah then there is the animal testing. I have been against this since I was a little girl but with global corporations owning other big companies it became so difficult to track back the true origins of products. The internet has now become my best friend as the information is now widely available to all and I am happy in the knowledge that my Bare Minerals make up, whilst no friend of my bank balance, is a friend to fluffy bunnies worldwide.

I am not one to preach to others and have tried to avoid any language intended to distress anybody so I do apologise if I have failed miserably at this. I like my Vegan friends who are trying to do the right thing but I severely dislike the ones who insist on showing me cruel pictures. My delicate state is not equipped to deal with that much distress, I have to ease into these things else my head tries to explode! With that in mind I am off to take the first steps in trying to be the best human I can be. Even if that does mean Friday night fajitas are about to undergo some major changes in my life…